Stories of Hope, Courage and Sorrow 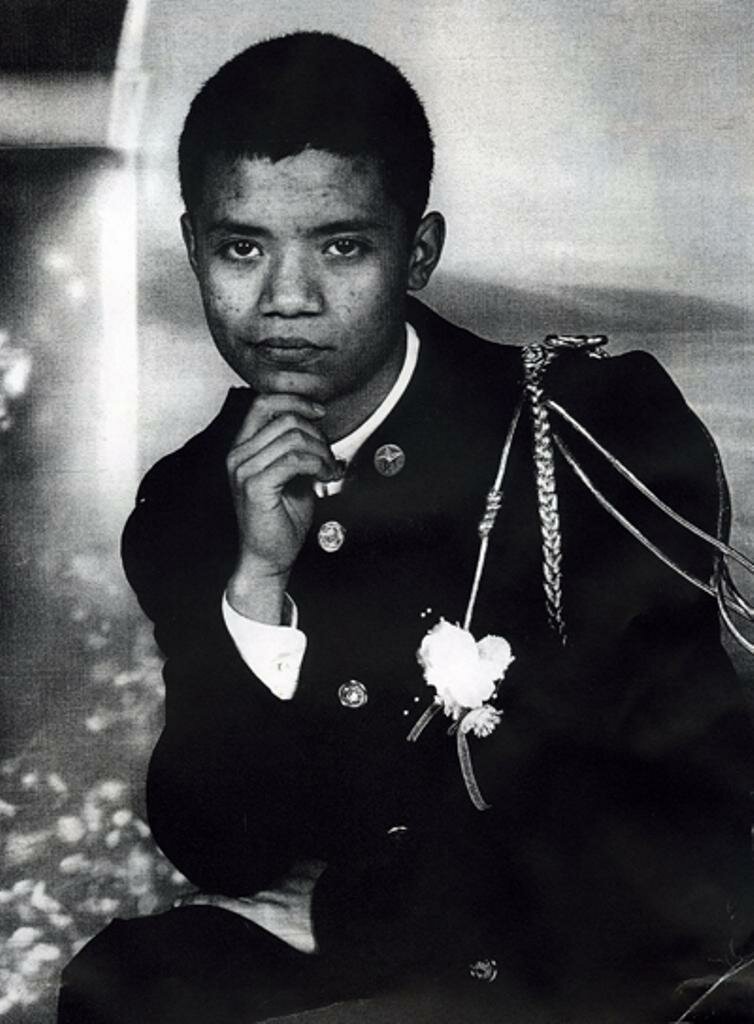 Joe A. died on December 3, 2007. He was 18 years old, member of the chorus, the color guard and Junior ROTC. He would have graduated from North High School in the spring of 2008.

Joe was a good student. He learned English, passed the AIMS test. Even those who didn't know him knew who he was. He was easy to pick out at school functions. He was the one carrying the American flag.

He and his family came to Phoenix on visas 4½ years ago. His parents wanted better life for their four children. Mr. A. works as a bricklayer.

On Oct. 19, Joe was horsing around with friends at church when he bumped his head. It quickly became clear that something wrong, and he was rushed to St. Joseph's Hospital and Medical Center, where he underwent surgery the next day to stop the bleeding in his brain.

On Oct. 21 his parents learned that her son had leukemia, but doctors assured her that he would be OK. His chance of recovery was put at 85 percent.

Five days later, Joe was packed into an ambulance and sent to a clinic in Mexico alone.

While Medicaid picked up the cost of his emergency care, (he had a cost containment insurance) there was no one to pay the rest of the tab. He wasn't well enough to be sent home, and St. Joseph Hospital authorities said, there were no skilled nursing or rehab facilities in Arizona that would have taken him, no one who would have offered to treat an undocumented immigrant with no money.

"They said they knew that we couldn't pay the bill, so they couldn't continue with the treatment anymore," his mother said, through a translator. "I asked for a payment negotiation, but they said that no, we couldn't make it with the income we have. I didn't want to make any decision by myself, but they told me the ambulance was ready."

Over his mother's objections, Joe was taken first to a clinic in Agua Prieta, Mexico, that lacked the blood products young Joe needed for survival. The doctors at the Agua Prieta clinic later transferred him to a hospital in Hermosillo. His mother followed the next day while his father stayed behind with their other children.

Joe’s mother couldn't supply the hospital in Hermosillo with blood for a needed transfusion. In Mexican hospitals you need to “ provide” donated blood by family and friends to be able to receive blood products.

Since Mrs. A. knew nobody at Hermosillo, she ended up begging blood, approaching strangers on the streets of Hermosillo.

His death has shocked this central Phoenix community, where teachers, students and parents are asking why one of our leading hospitals - and a Catholic one- dumped a boy whose only goal was to join the Army.

"This is an absolute community disgrace," said Sue Stodola, a North parent. "And my question is, is this what it's come to?"

Joe’s Mom said she isn't angry with St. Joe's, that her son was treated well while he was there. Her faith in God, she said, will see her family through this. She hopes that hospitals will agree to set up payment plans.

"I want that the death of my son wouldn't be in vain," she said. "I know there are more people that are experiencing the same things. I only want for more people to at least have the opportunity to negotiate with the hospital, because I know that he was not the first and he's not going to be the last."

How is that a Hospital "serving and advocating for our sisters and brothers who are poor and disenfranchised" as a the mission statements says, packed and shipped him off to Mexico - and, as it turns out, to his death ?

Joe A. was also taken away from his community, his friends, teachers and schoolmates who cared about him and to collected money to help his family.